Mani in China II: At the Temple

My hunt for the last remaining temple of the Manichaeans began in late July, from a hostel near the river and the old marked district of Quanzhou. Skipping breakfast (a hassle to arrange) I began my first stretch of walking, trying to find a taxi to get me to the correct bus-station. Doubt started to seep in after the tenth taxi roared by without slowing down. But at a small bus stop along the road I found a group of teenagers who decided to take me on as a surrogate child. With the help of their smart-phones, and a crucial piece of paper with the place-names in Chinese letters I had received from the hostelier the day before, we managed to sort out my intended destination. At first they tried to help me with the taxi-chase, but with the same dismal result. When a bus finally arrived they signalled for me to follow them on; and after ten minutes one of the girls got off, again signalling for me to follow. She then guided me through a crowd to the long-distance bus station, cheerily dragging me all the way to the Counter, where I bought a ticket for "Anhai" and asked the driver to let me off at "Cao'ansi". Communication was the usual: hand & head gestures, and the piece of paper. After a rather uneventful bus-ride out of town - though I couldn't really tell where the city stopped and the suburb began - I was let off on my own at the side of the high-way, in front of a long, empty and dusty road. A sign next to what looked like a pallet workshop had a temple on it and pointed down the road. Of course. I began my trek. The area looked rather poverty-stricken. In the distance I could see green hills. 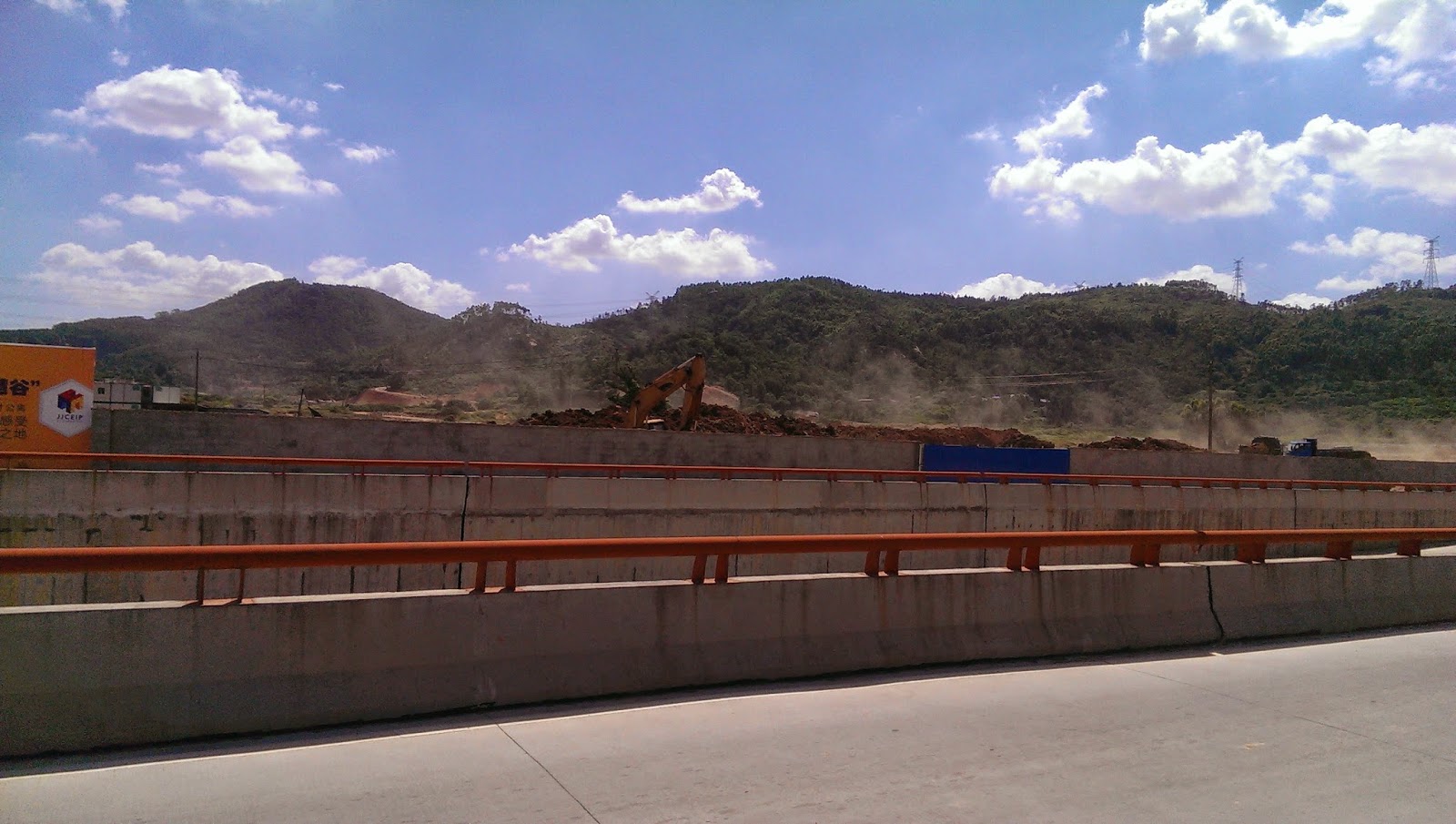 I continued to walk in a straight line from the starting point, somewhat bewildered, meeting no further signs to point the way. I crossed another high-way. Having walked for about half an hour I finally passed someone, a man who rested in the shade of a tree, and tried to ask him for directions. He shook his head and waved me on. But after another twenty minutes, just as I was pondering whether I had taken a wrong turn (or rather, not taken a right one), I found a sign which said "Grass Temple," in the midst of a deserted intersection and next to a car wash. As it turned out it was also right next to the temple grounds, walled off from intruders and hidden by trees. Entering through the gate I came into a peaceful garden, violently green compared to the grey road I had been following so far. 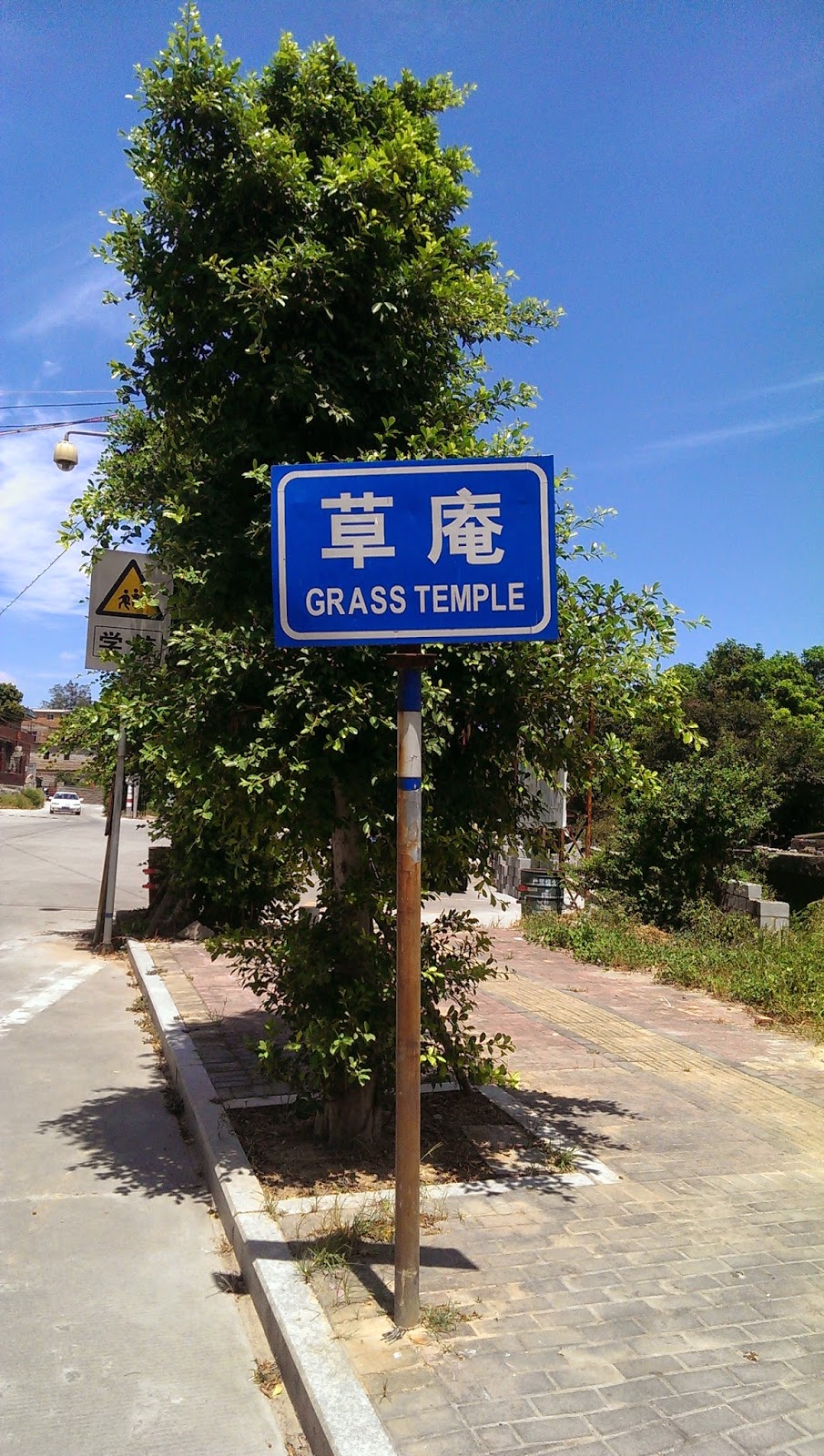 Manichaeism is first attested in this area around the middle of the 9th century, as related in part I, and its adherents became a widely dispersed if often hard-pressed minority. Chinese scholarly works, official accounts, an even some poetry, show the vibrancy of the movement in the Medieval Age, along with inscriptions recorded in Quanzhou itself. Somewhat surprisingly, an inscription attest to a (probably brief) period of close administrative relations between Manichaeans and Christians in the area. Quanzhou was a cosmopolitan city, visited by among others Marco Polo, and housed adherents of both Islam and Nestorian Christianity at the time. Such cooperation would have been entirely in its spirit. However, through persecution and competition Manichaeism finally went into decline in this region as well. The last description of a living Manichaean temple and its adherents was given around 1600, by the Ming-scholar Ho Ch'iao-yüan: "On the ridge slope back of the [Huabiao] hill is a rustic shrine dating from the Yüan period [13th-14th century]. There reverence is paid to Buddha Mani. The Buddha Mani has for name 'Brilliant Buddha Mo-mo-ni'. He came from Su-lin [Assyria] and is also a Buddha, having the name 'Envoy of the Great Light, Complete in Knowledge'." Ch'iao-yüan also notes that: "At present those among the people who follow its practices use formulas of incantation called 'The Master's Prescription', (but) they are not much in evidence."
(translation by S. N. C. Lieu. See Lieu 1998, Manichaeism in Central Asia and China, pp. 194-95) 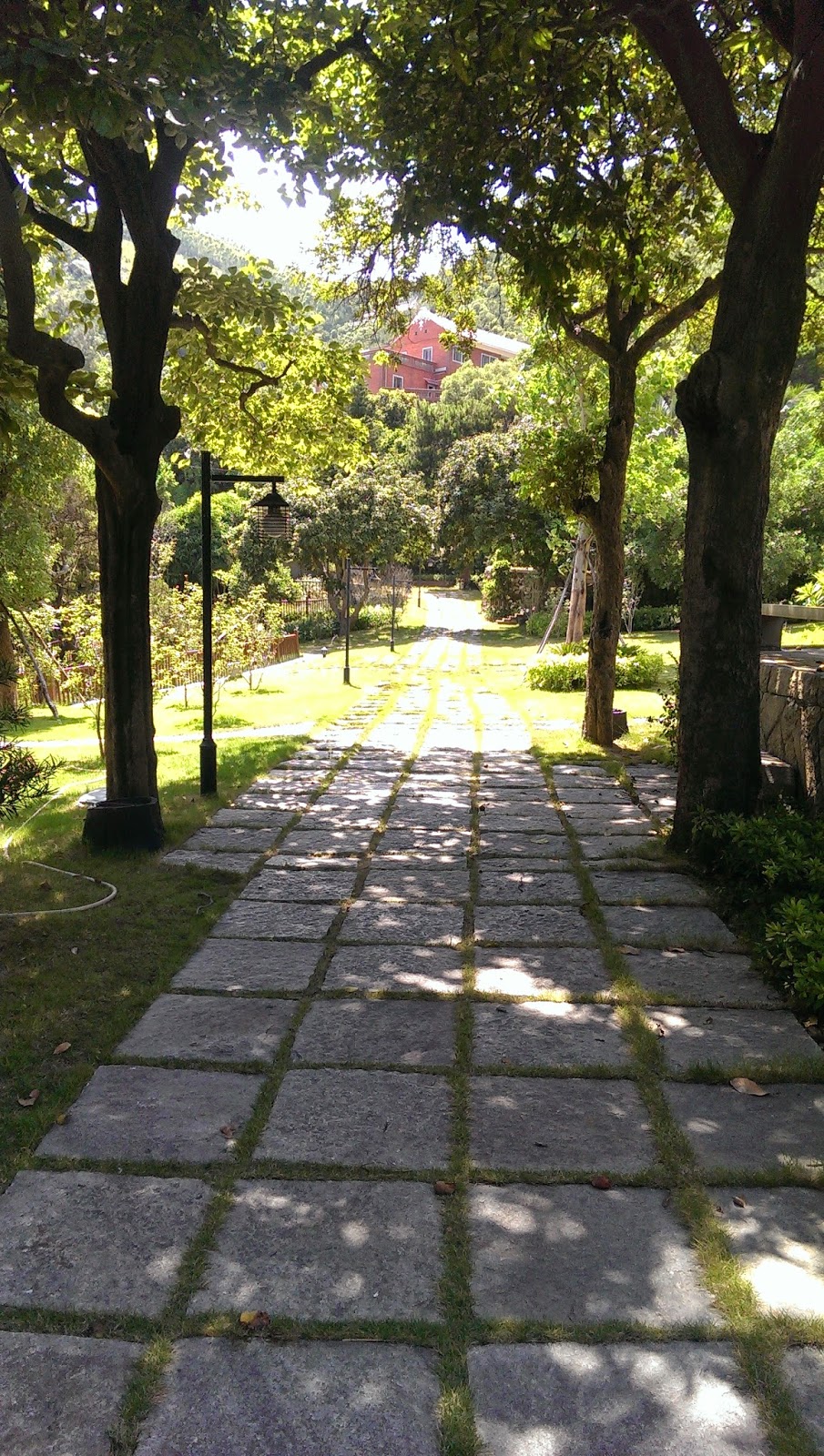 The shrine was rediscovered in the 1930s by Chinese scholars. By then it had probably long been empty of Manichaean activity. Instead it had become a Buddhist sanctuary, renovated by an entrepreneuring preacher. There were however still indications of its previous occupants; most strikingly a statue of "Mo-ni, Buddha of Light". The statue resembles traditional Buddha-statues at a first glance, but bears several unusual features that testify to its Manichaean provenance: straight hair, the hint of a beard (the rest of it possibly shaved off by Buddhists), a fleshy jowl, arched eyebrows, hands resting on the abdomen, and a double-knot in its garment. The statue proved a boon not only for being one of the very few pictorial representations of Mani we possess, but also because it has allowed for the identification of further Manichaean material. Only a few years ago, at the end of the first decade of the 21st century, a painting in possession of a Japanese Buddhist monastery was shown to contain elements that pointed towards a Christian background. It was thus first taken to be of "the Church of the East" (the Nestorian Church), but has later been recognized as a Manichaean work. Though in the possession of a Japanese temple, the painting is of Chinese extraction, that is to say, from Fujian province.

﻿﻿
Arriving, I got a glimpse of some monks disappearing into the temple. I looked around a bit before I walked up the stairs to the ridge on which temple-building was situated, past an outdoor-shrine to a deity I couldn't identify, and the incense-burner on the terrace, and peered into the entrance, where I finally got a look at the Mani-statue. Naturally, some disappointment was inevitable. The statue was shielded by a glass-cage, and besides another small shrine, there was little else to see. The roof was decorated with colorful swastika-banners. Music rattled from a small cd-player. An old lady watched over the divinities. While it seemed she was supposed to sell trinkets, she chose to consistently ignore my presence, for which I was grateful. The stark contrast between the dark interior, and the intense light that penetrated through the open entrance, made photographing pointless. I went outside again. 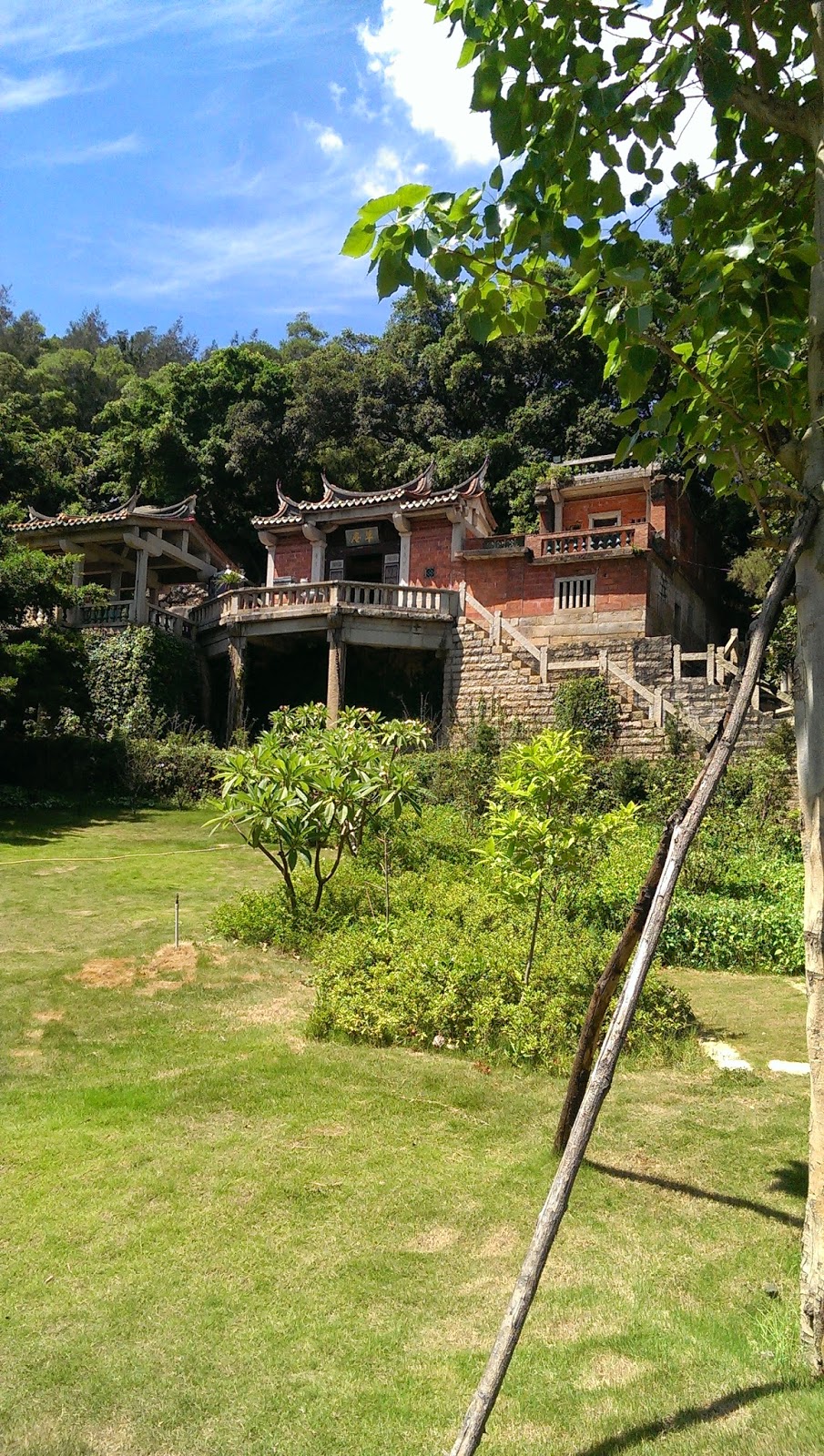 Then I wandered for a while beneath the green. The garden was very much in the Chinese tradition, with a clear lay-out, paved paths, and a small pond with a stream and a bridge. A door was hidden in the wall beneath the shrine itself. On a cliff next to the temple-building some Chinese symbols were written in blood red letters; I knew from my readings that they listed important Manichaean virtues. A stone-stairway led past the temple, through a small glenn, past another cliff-inscription, and to a new set of stairs - presumably leading up to the Huabiao-hilltop. I decided to follow it for a while. But after maybe half an hour of slow climbing and exploration, I suddenly felt the pangs of uneaten food. Without meaning to, although very much in the Manichaean spirit, I had yet to eat anything that day - and worse, yet to drink. I descended and rested for a while in the garden, next to a large solitary tree. While dozing off I tried to imagine how this place, half a millennium earlier, might still have been a focal point for nearby Manichaeans; a place for festivals and nightly vigils, as well as daily offerings - how it might have looked clad with lanterns and ribbons, while white-robed monks recited the Master's Prescription and chanted the light-particles of the soul up to the Moon Palace, where they rested before they travelled on to the divine Gardens of Light.

Then I arose and hitched a ride back. 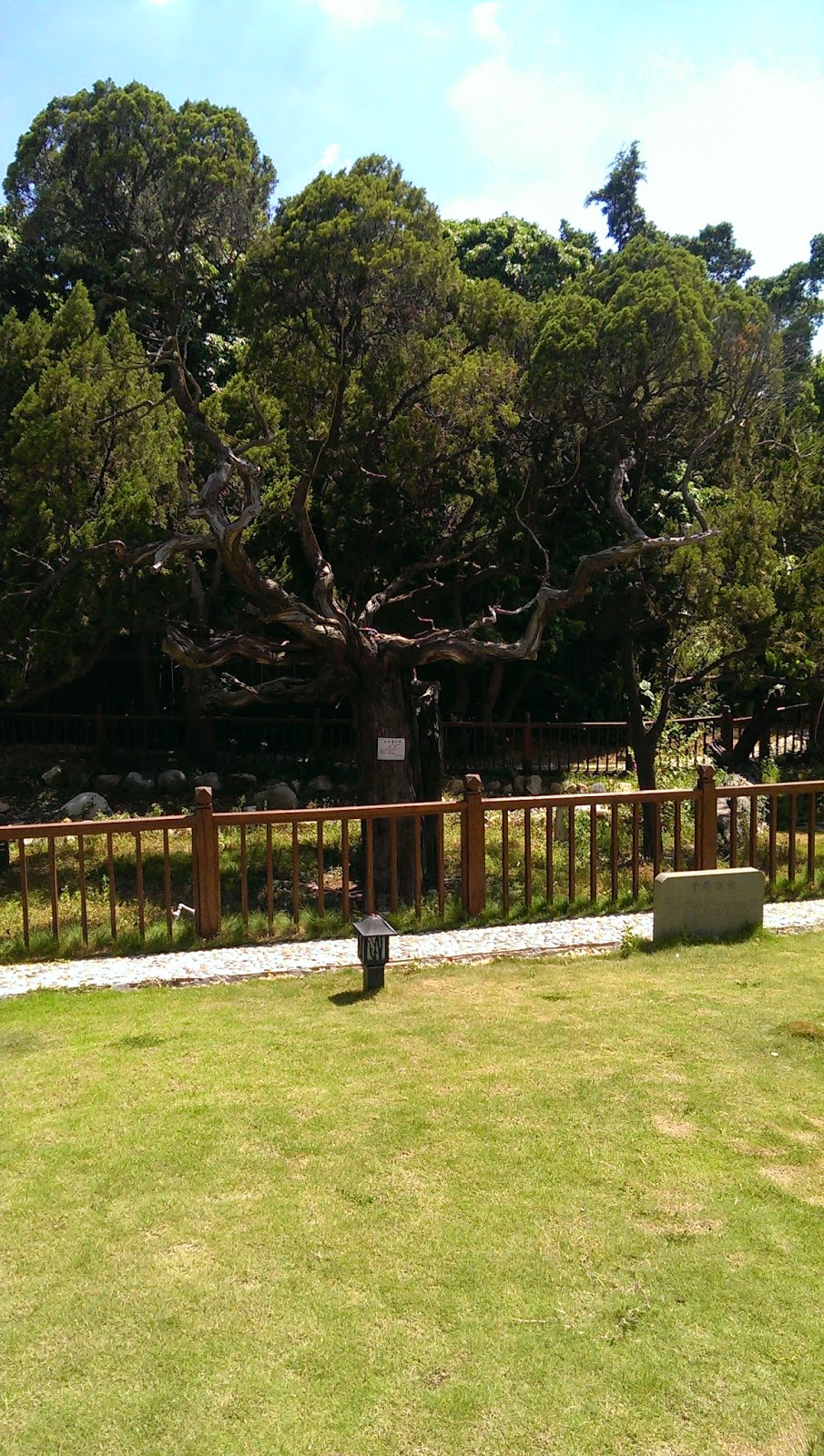